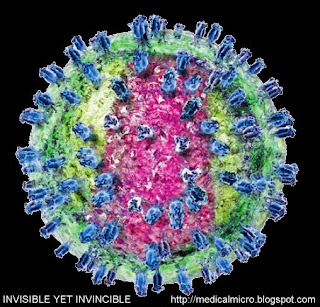 In a study published in PLoS One, scientists from the UCLA AIDS Institute and colleagues have demonstrated that human blood stem cells can be engineered into cells that can target and kill HIV-infected cells. The good news is that, this process could potentially be used to combat other chronic viral diseases as well.
In this proof-of-principle study, it has been demonstrated that this type of approach can be used to engineer the human immune system, particularly the T-cell response, to specifically target HIV-infected cells. The researchers have identified the T-cell receptor molecules from the CD8 cytotoxic T lymphocytes, which guide the T cell in recognizing and killing HIV-infected cells. Since not enough of these cells exist to clear the virus from the body, the researchers cloned the receptor and genetically engineered human blood stem cells, then placed the stem cells into human thymus tissue that had been implanted in mice. The engineered stem cells developed into a large population of mature, multifunctional HIV-specific CD8 cells that could specifically target cells containing HIV proteins.
Based on the encouraging results, the scientists are optimistic that this approach could be a breakthrough in combating HIV and other chronic viral infections and further studies based on this approach are in pipeline.
Click here to read the PLoS ONE article.
Share this article :
Posted by Dr Vignesh Ram

A few clarifications.
This article was posted here Feb 2009 - http://repairstemcell.wordpress.com/2009/02/20/stem-cells-hiv-part-2-a-doctor-a-mutation-and-a-potential-cure-for-aids-wsjcom/

"Doctors have not been able to detect the virus in his blood for more than 600 days" takes us back to about Jan of 2007 so if he is still symptom free it is for over 3 years now.

There were no embryos involved in this. Any time you see the words "treated" or "improved" or "recovered" associated with the words "stem cells", assume it was from adult stem cells until proven otherwise. http://repairstemcell.wordpress.com/stem-cells-for-newbies/

In this case, there were 80 compatible blood donors living in Germany and on the 61st sample tested, they found one with the "retrovirus resistant" mutation from both parents.

I've been told the procedure cost about $150k.

Stem cell therapy has revolutionized the ways treatments are done. Though there is a lot still left to be invented, I hope scientists find out the correct methods to cure diseases like cancer, Multiple Sclerosis and ATS etc.