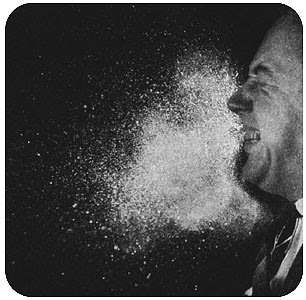 TB, one of the oldest diseases of human race is still a well known pandemic causing major healthcare problems worldwide, qualifying itself as the don of the diseases. Every now and then researchers are trying hard to find a successful way to eradicate tuberculosis but still in vain. Even though BCG vaccine and ATT therapy are giving some hope, the bacilli keep on extending their territory by evolving as MDR TB and XDR TB.
On the hunt of defeating the Mycobacterium tuberculosis researchers from Albert Einstein College of Medicine of found two novel ways for killing the bacterium. One of the ways is by targeting an enzyme named GlgE which converts the sugar trehalose into longer sugar molecules known as alpha glucans which are essential for maintaining the bacterial structure and for cell division. When the GlgE was inhibited, the bacterium underwent suicidal self-poisoning due to accumulation of a sugar called maltose 1-phospate in its DNA thereby causing cell death. This model was successful in inhibiting the growth of MTB in Petri dish and also in infected mice models.
In another way, when an enzyme involved in the second pathway for the synthesis alpha glucan molecules was inactivated, it did not affect the bacteria’s growth, similarly inactivating an enzyme called Rv3032 in the second alpha glucan pathway also failed to demoralize the bacterium. But inactivating both the enzymes caused cell death, which the researchers termed as synthetic lethality.
Although there were few disadvantages in this model it gives the researches another dimension of invading the TB causing bacteria. With the TB genome being unlocked few days before by “Connect 2 Decode” project and the development of above said new approaches for killing Mycobacterium tuberculosis in the pipeline, let us hope for a complete eradication of TB.
Click Here for more info…
Related Posts: