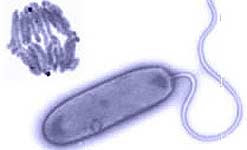 Hi, guys this is Mufaddal 'IfuM' Dewaswala, and I will share with you guys what I really like about microbiology.

P.S. This would be my first blog so just read and enjoy it, don’t mind any mistakes.

I won’t be covering the uses and applications of microbiology because those things are very boring, and we hear those things all the time.

enior/friend with you guys. Ok, it goes like this, my friend named Ojas N. was once in a shopping market and he was at the cheese section, and he pulled out a cheese packet and a boy (I think he was his brother or something) told him not to buy it because it had the "Non-vegetarian sign" on it and told him that the product had "eggs". To which Ojas replied "No, cheese dont have eggs in them. The 'Non-vegetarian' sign are for the cheeses that include animal rennet." Well, the story ends here, don’t worry, it has a moral. The moral which Ojas told us was that if it wasn’t for microbiology he wouldn’t have ever known about the fact of the cheese and rennet.

Now coming back to things I like about microbiology.

The first thing that amazes me are the microorganisms itself. Studying creatures which are not even seen with out naked eyes. Microorganisms, their life cycle, their food, their behavior. And their interaction with other organisms is also very interesting. 3 broadly classified interaction would be Predators, Mutualists and Pathogens.

Tetanus? Pneumonia? Diphtheria? Cholera? Plague? Ever heard these names before? Not just heard but you may also suffered from some of these diseases.

These are all of course caused by microbes. Learning about them, how do they cause disease, what can we do to stop them (after an infection), what does our body do to protect itself from these harmful microbes. So you can add immunology and medical microbiology as the reasons for liking microbiology.

[An interesting 'Parasitology' based image and information here]

Now lastly, I like Virology, study of viruses. Viruses? What is so special about them you ask? They are one of the smallest organisms on earth and they are also the ones which cause the deadliest of diseases. Example AIDS which is caused by HIV, it is not curable but it is treatable. And the rabies virus which is a neurotropic virus (a virus which is capable of infecting nerve cells) which is capable of killing some mammals within weeks.

So these are the reasons why I like microbiology. There are various other topics/things about microbiology which are pretty interesting.

In conclusion, microorganisms are everywhere and it feels very good to learn about them. Food, medicines and even computers are making use of them. Example my new washing machine has a 'Germ Free' technology which uses UV light to kill microorganisms. Just try and look for things around you which are related to microorganisms and I am sure you will find innumerous things…

Yeah micro seems to be a very interesting subject just like medicine... & if I wouldn't have entered the medical field I would surely have been a microbiologist [In the footsteps of my bro]

& I love the passion we have for our subject! :)
Keep it alive!!

Thank you for sharing such relevant topic with us. I really love all the great stuff you provide. Thanks again and keep it coming.