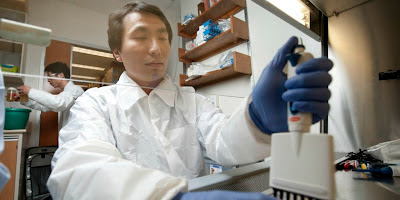 Hepatitis C virus being more virulent than HIV, coming up with a vaccine against it, that would neutralize different strains around the world remained a challenge. Research team at the university of Alberta, led by Michael Houghton has developed a vaccine for hepatitis C that will potentially help combat HCV infection. Michael Houghton, who led the team that discovered the hepatitis C virus in 1989, announced his recent finding that the vaccine developed has been shown to be effective against all known strains of the virus. Currently there are no vaccines against the disease available and with hundreds of thousands of people being infected with hepatitis C annually, and with between 20 to 30 per cent of those developing some form liver disease, this big step towards a vaccine sounds encouraging. Further studies and testing are required before the vaccine is approved and it is promising that in future it might play a crucial role as a preventative measure against acquiring HCV infection.
Image:Hepatitis C researcher John Law
http://www.news.ualberta.ca/article.aspx?id=B04932D68EF6488A8DE62A463FFA7487
Share this article :
Posted by Dr Vignesh Ram