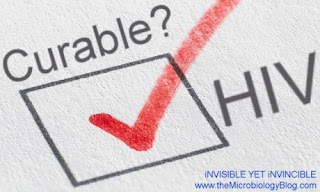 According to the United Nations estimate, in 2011, 330,000 babies were reported to be newly infected with HIV and globally more than 3 million children are living with HIV.

Dr. Deborah Persaud, an associate professor at the Johns Hopkins Children’s Center and his team of researchers recently announced that a baby had been cured of HIV infection. The results were discussed in the 20th CROI (Conference on retroviruses and opportunistic infections) 2013 at Atlanta and have not yet been published in a journal. According to the researchers, if this case could be replicated, it is a proof principle that HIV infection can be cured and this finding could be a milestone in research aimed at curing HIV, which was believed to be virtually impossible.

If this report gets confirmed, this baby from rural Mississippi would be the second case known to have completely cured of HIV infection, Timothy Brown, famously known as the 'Berlin patient' being the first documented case. Most experts in the field are skeptic over this curious case and ask for more convincing details if the baby had truly been infected in the first hand and in case if it was, could this finding be replicated in other babies? But Dr. Persaud claim that the baby had definitely been infected and there were five positive tests confirming the infection. And as the baby was treated aggressively with ART right from 30 hours following birth, the plasma viral load of the baby declined in the pattern that is characteristic of infected patients. The baby, now a two and a half years old toddler has been off drugs for an year with no sign of virus and Dr. Persaud has little doubt that the baby had undergone a “functional cure”.

Though there have been scattered cases reported in the past about newborns clearing the virus, even without treatment, they were met with skepticism, because, the methods were not very much sophisticated those days. One reason that people infected with HIV cannot be cured is that it hides in a dormant state, out of reach of drugs and when therapy is stopped, the virus goes on to come out of hiding. One hypothesis put forth for this case of 'HIV cure' in the baby is that, the drugs finished off the virus before it had the opportunity to establish a reservoir in the body. In case of adults, they do not know when they are infected as it happens.

Studies are being planned to investigate if early testing and aggressive antiretroviral treatment can work similar results for other babies. This Mississippi baby treatment procedure, not being as strenuous and life-threatening as the bone marrow transplant procedure that cured the Berlin patient, could possibly become a new standard of care and this interesting finding could lead to a new protocol to quickly test and treat infants.
Share this article :
Posted by Dr Vignesh Ram