Shroud of Turin - still a mystery in shroud 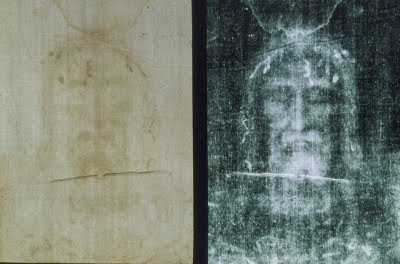 There are always some issues that remain suspended in the air, which cannot be explained, proved or testified. Though mankind has made a breakthrough in almost all fields of science, there are so many things that are beyond what the human brain can grasp.
"The shroud of Turin" is one among them. The shroud of Turin is a woven cloth about 14 feet long and 3.5 feet wide with an image of a crucified man on it. It is believed to be the burial cloth of Jesus of Nazareth. The imprint shows the peculiar characteristics that usually belong to a photographic negative. The Shroud of Turin remains one of the greatest mysteries of all time. Since the sixteenth century, the Shroud, believed by many to be the burial cloth of Christ, has been kept in St. John the Baptist Cathedral in Turin, Italy. The previous public exhibition was in 1998 and, the next display is scheduled on 2025.
No single artifact of the past has so exemplified the interface between science and religion as the Shroud of Turin. The shroud has been subjected to numerous scientific tests over the years culminating in 1988 with a radiocarbon measurement and dating procedure. The testing of the shroud and the conclusions reached lie basically in two areas, the physical shroud itself and the very unique image of the shroud.
The evidences for and against the authenticity of the Shroud are listed below,
For
Against
There are as much number of theories prevailing to prove its authenticity and as much that it’s a forged one. Critics claim that historical, iconographic, pathological, physical and chemical evidence points to inauthenticity and the Shroud of Turin is just another.
Published previously in Nilacharal.com
Share this article :
Posted by Dr Vignesh Ram