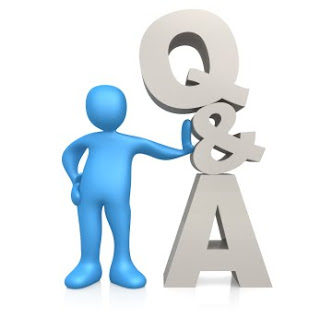 Ask your questions in Medical Parasitology in the comments section and get clarified from your query by our experts in the specified discipline.

Interesting questions along with answers will be published in comments section as early as possible.

The viewers are requested to restrict the question to Medical Parasitology, since questions regarding General Microbiology, Immunology, Bacteriology, Virology and Mycology are posted as separate.

Email ThisBlogThis!Share to TwitterShare to Facebook
Labels: Q and A, Resources

Hello, This is going to sound very odd, but I am 100% sane and was just fine until Monday 9/9/13 except for a few vague physical complaints and a longstanding problem with sinus over the last 4 years where I had a black mold coming out of my nose. Debris has been coming out of my nose for a year now, and each month the black mold decreased until now it is gone. When this all started I had severe frontal head pain when I coughed. It was not a headache at all. They could never figure it out. I irrigated a lot with the Neil Med Irrigator. First I used tap water unitl the Naegleria Fowleri outbreaks started happening. I have used boiled or distilled water for at least 3 years- maybe four. We have well water that tastes really good and is really clear. Sometimes I do see red clay in the toilet bowl tank but nowhere else. The debris I spoke of coming out of my nose is like crystalized particles, some are yellow, however over this time (a year or little over)I have been spitting up these things into my mouth that look like seed pods (just sort of appear in my mouth). This never happens as a result of eating anything with seeds. They are fairly round, and they are tan in color. If you squeeze the shell, a thin white streak of waxy material comes out. To my horrors, I wrapped one up in a wet kleenex last Sat. and I opened it and saw a fat little whit worm growing out of it. This story gets much worse from here if you are squeamish. On Mon. worms (small beige larvae) started coming out of my mouth after eating. Also I saw a little black worm larvae coming out of my nose. My bottom was itchy and I saw white worms shape like a "Y" and it felt like they were biting my rectum and it was excruciating. I was prediagnosed with the crazies before I got to the Dr.'s office. The PA did a rectal exam for occult blood and said I had an internal hemorrhoid. I suffered so much this week. I took Albendazole with no relief. I took a glove and did my own rectal exam and found this horrendous sac in my rectum, squeezed it, and got out some large Y shaped worms. Then, I got this thing that looked like a baby sturgeon fish with his mouth open and a fin moving-oh my God. It was about 1 1/2 inch long and 1 inch wide. Now I am really freaking out, but I save everything! I have an appointment on Mon. Okay, so I get a mirror and look at my perineum and there are 2 holes half the size of a pencil eraser just below my vagina that tunnel down into my rectum. It was brilliant to diagnose me with anxiety and not to be able to diagnose a fistula while you are "down there" and to call a bag full of worms in my rectum an "internal hemorrhoid". Anyway, when I have a bowel movement, I see 100's of different types of things that are weird. The weirdest was a flat black thing the size of a big tick with a hard shell and FANGS! I have thought of anything I did to expose myself to stuff. I just got back from Hawaii. Went swimming once (ocean but barricaded for snorkeling and seemed a little stagnant)- had to have the holes and not know it above my rectum at this time. Also my sinus irrigator is in a small bathroom with a cat litter box. I threw it out and moved my irrigation to another bathroom after I bought a new bottle. I work with some immigrants who have spent lots of time in refugee camps. I don't like their food, but I don't always want to be rude so I did try some once. The only other thing I can think of is cutting my finger really bad and cleaning some fish about 3 or 4 years ago. My bandaid came off while doing it, and the cut was pretty bad. Oh and I think I forgot to say that yesterday, I blew my nose and a worm about 1 1/2 inches- appeared light green with 2 black eyeballs came out. ON the extremity I saw a short appendage that veered sharply to the left. What is this stuff? HELP? Like I said, haven't eaten all week, yet my bowel movements are large. Upon closer inspection it ALL just looks like organisms. I am really scared. I would love to know what you think. Thank you sincerely.